As I write this, we are beginning the second snowstorm for this week. Our sidewalks are not plowed yet from Wednesday's storm, so it is very difficult to walk anywhere. Buses let passengers off into snowbanks, which the city haven't had time to remove yet. We are expecting at least the same amount of snow, most forecasts are showing much more between tonight and early Sunday morning. If we get the 40 - 50 cms they are predicting (close to two feet) I will take pictures and post them here!!! The snow looks beautiful falling tonight - it began before I left work, and by the time I arrived home, the snow was falling in the lovely silence that comes with no wind, just the snow muffling all sounds so it is quiet and peaceful. I love this kind of snowfall. It is warm out (near 0 c), warm enough to not need a hat or mitts coming home. The tree branches and shrubs are covered with white (again!) and a couple of inches have already fallen. It is a beautiful winter night. Yes, Catherine Parr Traill was right - March is indeed like February! At least the early part of it so far......Tomorrow we get the winds and blowing snow. So from snowy Canada, I bid you goodnight, and I hope wherever you are, Gentle reader, you are warm and enjoying the weekend!
Posted by Susan at 20:47

It would be very interesting to read the book; I'm glad I didn't live back then...I like my modern conveniences!

Hey, could you keep that snow? I've sure seen enough of that crap for a while. We are getting the second round of rain rather than snow. More flood warnings...

Had son's birthday party/meal today. He carefully planned the meal, dessert and drinks. Hard to believe he is 15! Maybe I will go read "Mansfield Park"; picked it up at the bookstore the other day. I just might turn into a Jane Austen fan yet!

What a dilemma, on the one hand, how could I not love a country described as the land of cakes, on the other I definitely don't do snow. A real contrast. Here in the UK we are having our worst storm of the winter, no snow but gales and flooding. The weather really doesn't like us, does it.

I've heard of Susannah, but not Catherine. Sounds like a great book, and I'm really getting into all things Canada.

That's neat that an older book still offers so much good advice! I don't think I could have been a frontier settler-not tough enough. Unless I absolutely had to for my family's sake. But I did love Oregon Trail when I was little. :D

Hi lady p (sis) - I know about liking modern conveniences. Can you imagine doing laundry in the winter in a three room cabin? Ugh. And having to bake bread every day....make everything by scratch. I'm full of complete admiration for the pioneers. See my blog for news on snow :-) we 're almost at the record....

Tabletalk: my husband goes online to check out the UK regularly, so he was telling me about the gales too. He (and his parents in Essex) say the early spring has been really wet for you this year.
You could always visit Victoria, which is where alot of expats end up (very little snow, right beside the sea....)!

Bybee: cakes is right! and pies, and cookies....it's to ward off the COLD! My excuse, anyway! Do the Koreans have many sweets or cakes?

Eva: Have you been on the Oregon Trail? That would be cool to see. And while we all think we couldnt' survive as settlers, I think of the end of the world came (some idiot did blow up a nuclear bomb) then the few that survived, would find a way. About the only reason I could watch Jericho on tv was to see how they survived the nuclear fall-out. Given how that show survived cancellation, I'm thinking there are alot of us who grew up in the 1970's and '80's who remember the nuclear proliferation and clock-countdown. So I think it is fascinating and wonderful that you are going into a career to prevent nuclear proliferation! It didnt' exist 20 years ago as a university program - so it shows things are changing, and for the better (at least in understanding the causes if not at getting countries to not build them!)

I so love this book. Catherine is amazingly cheery and dutiful, isn't she? :) The advice is still useful for the most part, and it sure gives a fascinating look at how they actually lived, day to day, during those years.

i rented a video from the public library that drew me to the two sisters' books. It compares the two women's experiences in settler life. The comparisons are hilarious at times. Catherine enjoying every aspect of life here in Canada, while Suzanna was miserable. Have you read "Roughing it in the bush"? By the end of the book I wanted to smack that poor silly Suzanna...for all her misery and complaints about life in the backwoods. Both very interesting reads. 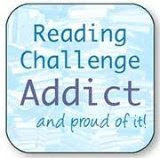